Bengals are domestic cats with Exotic looks. The kittens are not cubs like lions or tigers but are domestic kittens. No longer hybrid cats there are many falsehoods being spread about Bengal cats by those who we would think are educated and responsible with-in the feline world.

“Bengals stop having wild genes past the fourth and fifth generation.” ~ by Dr. William Murphy at Texas A&M University.

Dr. William Murphy is well renowned in his field and has received numerous grants to study both wild and domestic felines.

While some breeders do have cats that are F3 or less in the generation or (Early Generation aka EG’s), a huge majority of breeders have Bengals with long pedigrees that can be traced back many carefully tended generations. This page is intended to educate the public with facts about the Bengal breed as there are many legislative ant-PET rulings in the courthouses in every state trying to ban these animals and labeling them as dangerous, evil, bad-tempered and UN-trainable wild hybrid cats.

What is a Bengal?

The Bengal cat came about by crossing the Asian Leopard Cat to a domestic cat in an attempt to preserve the beauty of the small Asian leopard cat.

NO, they are not related to Bengal Tigers except by species name, (Felis bengalensis).

They are neither large, wild nor dangerous.

The Bengal cat has a happy, active, interactive, energetic and extremely intelligent in personality. In fact, they are even-tempered, playful and affectionate pets. Their striking markings and velvet-soft pelts make them unique in the feline world.

The Bengal breed owes their beginnings to the late Dr. Willard Centerwall and his Leukemia research at Loyola University. Since the Leopard Cat can not be infected with Feline Leukemia, researchers used them to seek a cure for Leukemia in felines and in other species as well as humans. Researchers crossed the Leopard Cat with the domestics to study the differences in the offspring. The National Institution of Health (NIH) has been and still are utilizing the early generation Bengal cats in their feline genome mapping project and the work done in the feline genome project has been of a tremendous help in the human genome mapping project, in which new gene manipulation techniques are being devised to “cure” diseases at the genetic level. Many breeders are still contributing blood samples from their early generation Bengal cats for this research.

In the early 1980’s, when Dr. Centerwall became ill, Jean Mill acquired several F1 cat hybrids from him. These were some of the first domestic Bengal cats and most Bengal cats today can be traced back to these cats.

Around the same time as Dr. Centerwall’s Leukemia research, Doctors Greg and Elizabeth Kent of Kansas were making some of the first Bengal cats by crossing their Egyptian Maus with their Leopard Cat, Baghara Khan. Later, Jean Mill also bred two female cats to Baghara Khan of Kent. The Kent lines are still a very sought after line and considered by some as the “Pure Bengal” line.

The benefits of the hybrid cross breeding’s are enormous. No longer hybrid cats, Bengals are one of the healthiest and most intelligent of all breeds of domestic cats and are very prolific. Many breeders that breed Bengal cats today do so because of all the health and breeding problems they have had in the past with other breeds of cats. Bengal cats are not a genetic threat to other breeds of cats but, to the contrary, they may hold the key to the future health of all breeds of cats by the contribution of new genes to other domestic cats if ever needed.

What Makes Bengals Different from any other cat and what about allergies?

The Bengal’s fur is as soft as silk. In the quality cat, the tips of each hair are translucent, giving them a gold, silver or copper glitter.

Bengal cats are a wise choice for children with allergies; their sleek, soft, tight coat seems to hold fewer allergens. It is a different type of fur; more like the Asian Leopard Cat, more tightly pelted than ordinary cat fur and sufferers claim that they can tolerate close facial contact with Bengals with fewer reactions.

Many children can sleep with Bengals, which might not be possible with other breeds.

This does not mean the Bengal is Hypoallergenic it just means reactions are usually fewer.

Every Bengal cat has its own unique features, and the exotic heritage of the Bengal cat and can be seen in their everyday activities. Some have an affinity for water, all have a love for heights, and are excellent climbers.

Bengal cats vary in personality. The direct relationship to temperament inheritance and how they are raised and handled influences their personality development.

Eager for human companionship and approval, this is a breed that can be taught the rules of the house with a minimal of training. They can be taught with a sharp “NO”.

Bengals enjoy the company of both adults and children and they adapt well to other pets. The Bengal cat demands a great deal of attention and affection and they have a need to be an integral part of the family!

Like dogs, they bond to their owners and usually come when you call them.

Usually, they will stay close and follow you around the house. They love to play in the water and to be right with you wherever you are even if it’s the shower.

They are a lot of fun. Fetch is also a favorite game for these cats. They are natural retrievers of soft balls, crumpled bits of newspaper or toys. With a little patience and tempting treats, they can even be taught simple dog-like tricks such as sitting up or rolling over.

Bengals will seek out a lap to cuddle for a quick cat nap but they are active cats and stay busy.

You would be surprised at some of the things Bengals will do!

Watch these YouTube videos below you will laugh and be amazed! 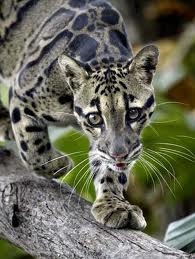 The general build of an Asian Leopard Cat (prionailurus bengalensis) is similar to a normal domestic cat, but with somewhat longer legs and a longer back.

They have a relatively small head with a short narrow muzzle, large eyes (because of their nocturnal habits) and a thick tail of about 11 to 14 inches length. Body length varies between 25 to 32 inches, and they weigh between 7 to 15 pounds.

Size and weight vary between subspecies in different geographical regions, but the males are generally heavier than the females.

There are around ten sub-species, showing distinct variations in body color.

For example, cats in the Northern regions tend towards reddish brown spotting on a yellowish-grey background and leopard cats from more humid regions tending to be more ochre-yellow to brownish.

Now that the Bengal breeding program is maturing, more Leopard Cat bloodlines are being introduced into the breed, bringing with it this diversity of colors.

The cat’s beautiful markings, which have in many ways been their downfall by attracting the attention of the fur trade, are striking and show some variation between individuals.

All subspecies have a spotted or ringed tail, with a black tail tip, four black bands running from the forehead to the back of the neck, breaking up into elongated spots on the neck and shoulders, often forming a ” broken necklace”.

The round black ears have a white spot on the back, and all cats have a white underside, throat, and cheek-flashes. The under parts are spotted on the white background. The body markings can be solid or rosette and sometimes show marbling.